We’re excited to announce that we are henceforth rebranding LazyLedger as Celestia!

Names are important. A good name communicates vision and inspires a community to rally behind it. Although LazyLedger is catchy and succinctly captures the minimal nature of our protocol, we wanted a name with more mass appeal.

Celestia is a new paradigm for blockchain architecture that separates consensus from computation. This subtle change enables anyone to use Celestia as an on-demand consensus network on which to run their own blockchain. Unlike stand-alone blockchains, chains deployed on Celestia can interoperate with best-in-class security guarantees, enabling a rich ecosystem of interconnected blockchains to emerge.

The meaning of Celestia

We’ve chosen the name Celestia which means “heavenly” or “of the sky”. Celestia does not just sound nice, it has a deeper meaning that is symbolic of the underlying protocol we are building.

Like the sky, Celestia is open, expansive and unbounded. Celestia is a universal consensus network that gives as much freedom as possible for developers and communities to build their own custom blockchains. Celestia also acts as a shared security layer to enable these individual chains to connect and interoperate with each other in the same way that stars cluster and connect to form constellations.

Data availability proofs power Celestia by ensuring that the chain is transparent and auditable by anyone. The more users there are requesting these proofs, the more security and throughput the chain will have. Celestia users are like stars which create a small amount of light on their own, but the more stars there are, the brighter the night sky becomes.

Celestia’s vision also aligns with that of Cosmos. We too see value in lowering the barrier for people to deploy their own blockchains and envision a future of heterogeneous, interconnected blockchains. We will leverage infrastructure from the Cosmos ecosystem and contribute some infrastructure of our own to help push this vision closer to reality.

Celestia is the missing piece of the Cosmos architecture. It provides a shared security layer for blockchains communicating with each other using IBC, unlocking limitless potential.

Celestia is exploring a new frontier in blockchain design. Our goal is to empower anyone to deploy their own decentralized blockchain quickly and securely. Though it’s still early in our journey, we hope one day Celestia’s sky will be filled with stars. 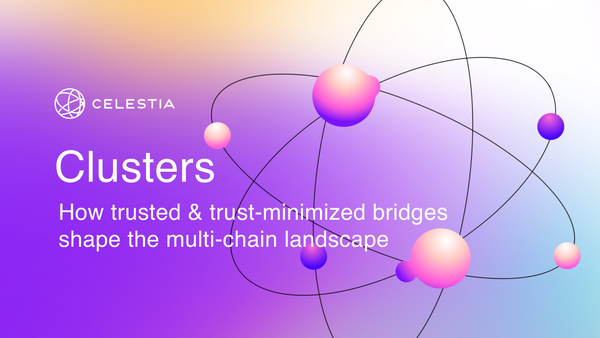 We live in a multi-chain world. The idea that decentralized apps will all use the same shared smart contract blockchain is dead in practice. Ethereum is pivoting to a roadmap where apps have their own rollup chains, multi-chain ecosystems such as Cosmos and Polkadot are rising in popularity, as well 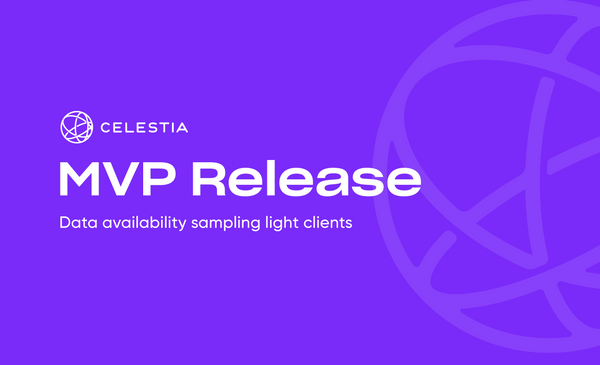 We’re happy to share that Celestia Labs (incorporated as Strange Loop Labs in Liechtenstein), has closed a $1.5m strategic seed fundraise. Celestia Labs is building Celestia, a pluggable consensus and data availability layer, to enable anyone to quickly deploy a decentralized blockchain without the overhead of bootstrapping a